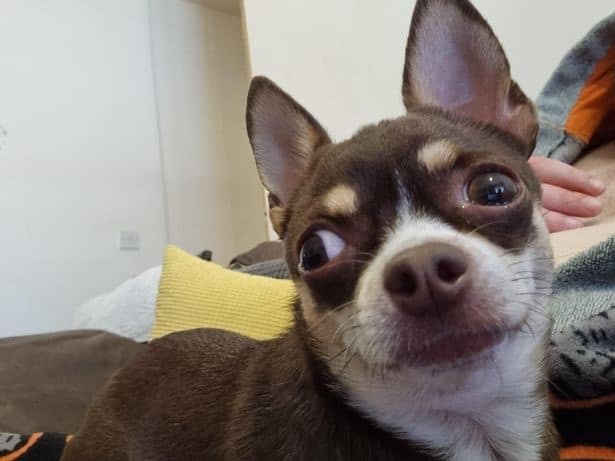 We all know Chihuahuas are dramatic in many ways. But, this clip shared by a Chihuahua’s owners shows the dog keeping up with the rhythm beautifully. He’s hitting the highest notes of the infamous star wars theme.

A video of a dog “singing” along to the Star Wars theme has taken the internet by storm, leaving users stunned by the puppy’s unusual talent. Shared on Reddit, the footage shows an adorable Chihuahua, named Ozzy, howling along to one of the sci-fi film franchise’s iconic themes. The clip shared by its owner shows the dog keeping up with the rhythm and hitting even the highest of the notes.

“A long time ago in a galaxy far, far awoooo,” wrote one user. “If you listen without the video, sounds like a drunk Yoda face down singing himself to sleep,” added another. One internet user jokingly said, “I think he’s trying to phone home! Sure he’s not some of Yoda’s people? I mean, he has some of the feats.”

Newsweek recently reported that researchers have analysed dogs’ reactions to various musical genres to discover which they prefer. They found that classic music has a calming effect on them. As per the study, dogs didn’t seem to show any reaction to pop music but had a negative reaction to heavy metal, including general agitation.

CommentsMeanwhile, speaking of dogs’ unusual talents, recently, an adorable Golden Retriever took over its owner’s kitchen to make various things such as bread, pasta, desserts, salads, and more. The pooch goes by the name of Chef Badger on Instagram. In his posts, one can see the dog wearing his chef hat and apron, mixing ingredients and at the end standing next to final products.