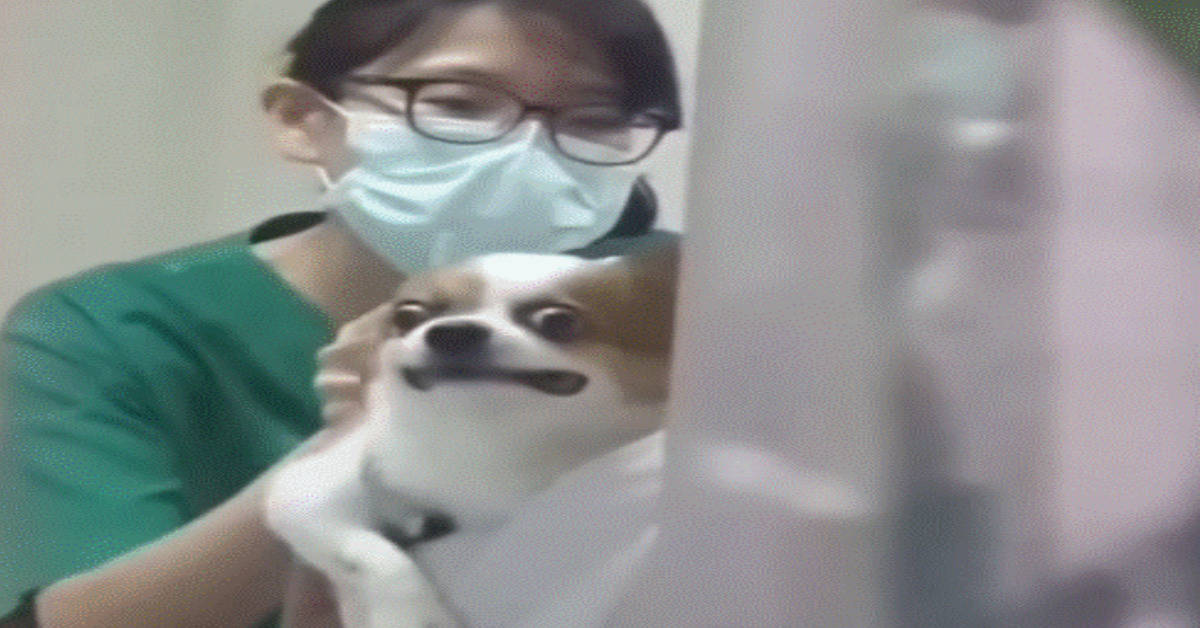 Chihuahua Makes Hilarious Face While Getting Vaccinations At The Vet

I think it’s safe to say no one likes to get shots. It’s not just something unpleasant that humans experience, but our pets do as well! Dogs and cats require vaccinations to stay healthy and safe, just like humans. They’re something we can use to safeguard them against preventable diseases while also ensuring they don’t spread those diseases to other animals.

In Thailand, dogs are the main carrier of rabies, according to a recent study.

Of the dogs carrying rabies, most had owners to care for them but they were unvaccinated which left them susceptible to the preventable viral disease.

Since rabies is such an issue in Thailand, especially for dogs, Nonlada Baekaew wanted to make sure her five-year-old chihuahua, Mon, was protected to the fullest extent. That meant taking him to get a rabies shot – something Mon was less than thrilled about.

Nonlada took Mon to a veterinary clinic in Bangkok, Thailand where she filmed him getting the shot, and the faces he made were priceless!

Nonlada couldn’t contain her laughter as she watched Mon grimace at what was happening. She shared the clip on social media and it wasn’t long before it went viral.

According to the Daily Mail, Nolada said: “I couldn’t stop laughing while watching him from outside. I think Mon is afraid of needles, that’s why he was making that face.”

We’re right there with you, Mon!

Watch the hilarious clip below:

My son’s dog howls and cries like you’re killing him when he gets his nails clipped. The vet won’t even have touched him/started yet and he’s making all kinds of noise. My son dremels him instead of clipping so’s not to terrorize him. He’s an awesome dog, lab mix, mellow, great with kids. But he (and we have his brother) are rescues with some very idiosyncratic behaviors. They are great dogs around kids, and that’s the number one priority/concern here.