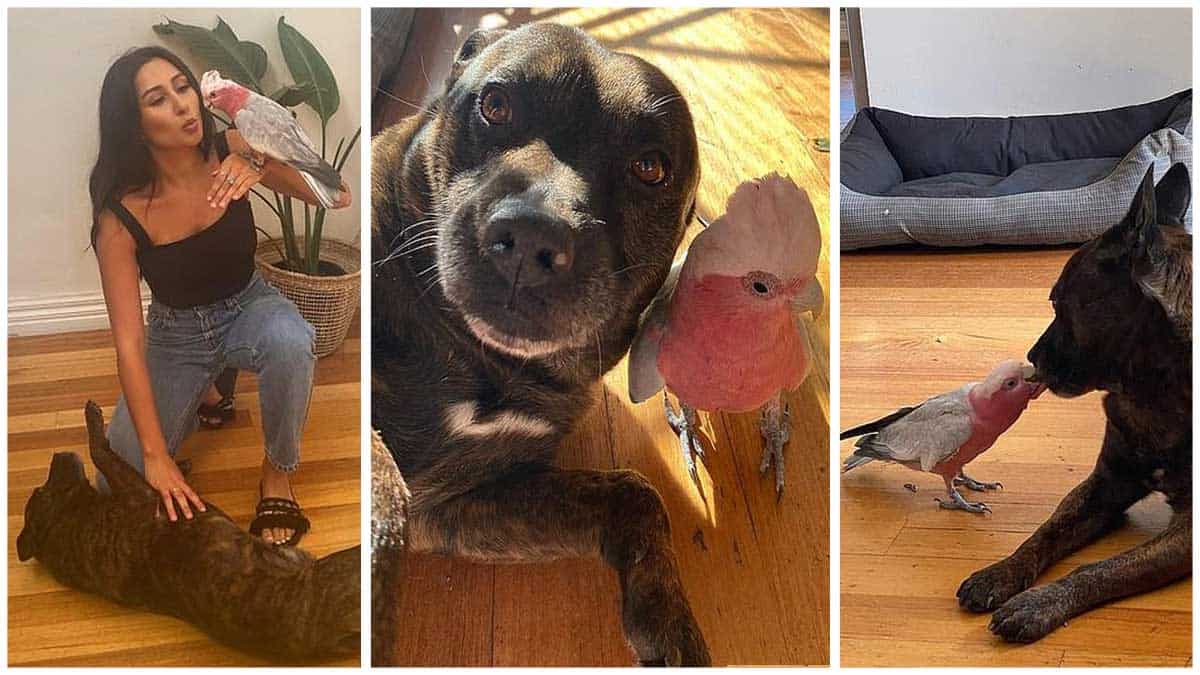 Meet Cracker the Galah and Milo the Dog

After rescuing him from a park, an adorable family dog has struck up an unlikely friendship with a galah. Here’s the full story below.

Cracker the galah was found with an injured wing at a park in Melbourne by Milo. He is a staffy-blue heeler cross, who joined his owners Abdul Israili and daughter Charlotte.

They took in Cracker and nursed him back to health over a period of six months. Charlotte watched on in awe at the blossoming friendship.

The Galah and the Dog

‘They’re two different breeds that probably shouldn’t get along and they’re like best friends,’ Charlotte told A Current Affair.

As Cracker nursed an injured wing, Milo would sit nearby and put his paw up. He would also lick the cage in which the galah was in.

‘Then one day he just came all the way down to the cage and Milo’s tail was wagging like crazy and they were just following each other around the house,’ Charlotte said.

Finally, Cracker’s wing healed and he decided to fly off back into the wild leaving Milo and Charlotte devastated.

Charlotte understood that Cracker would eventually fly away but it was only two weeks later she noticed a missing galah poster on Facebook from Lort Smith Animal Hospital.

She couldn’t believe it and thought ‘there is no way we’re going to find our galah’ because the common birds all look alike.

Charlotte however wanted to see if it was Cracker and took Milo to the vet with her and the pair were reunited.

‘Somehow, by some kind of miracle we found him, and he’s been reunited and they’re both just so happy about it,’ she said.

The pair are now inseparable as they share Milo’s bed, the same meals, and don’t leave each other’s side.

Charlotte documents their adorable friendship on Instagram and has strong 18,100 followers.

The page is filled with sweet videos of Milo and Cracker spending time together as they show off their friendship.