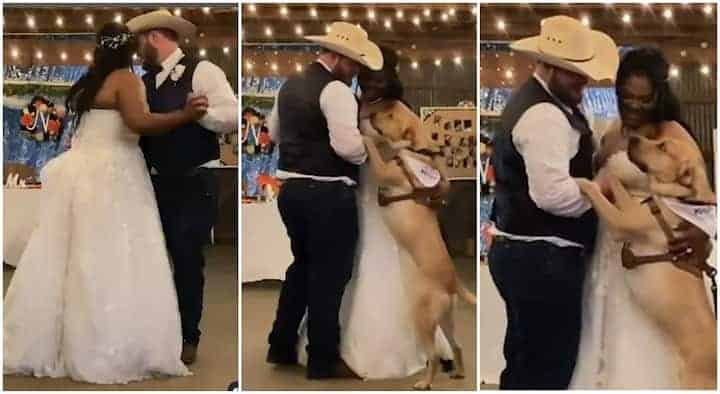 A video trending on Instagram has captured a viral moment when a dog joined its owners to dance on stage. The couple just got married and were having their wedding dance. At that moment, the dog jumped on stage and joined the fray.

The dog named Ghost lifted up its two forelimbs and placed them on the couple. Luckily, the newlyweds reciprocated by holding on to the dog.

The moment was so nice that some social media users are struggling to find words to describe the scene. Ghost did not wait to be called on to join and was also not ready to be sidelined at the party. Its rare behavior was met with so much joy and uproar at the party even as guests captured it with their cameras.

Watch the viral video below:

Needless to say, the commenters under the post were overwhelmed by all the cuteness. What did you think?