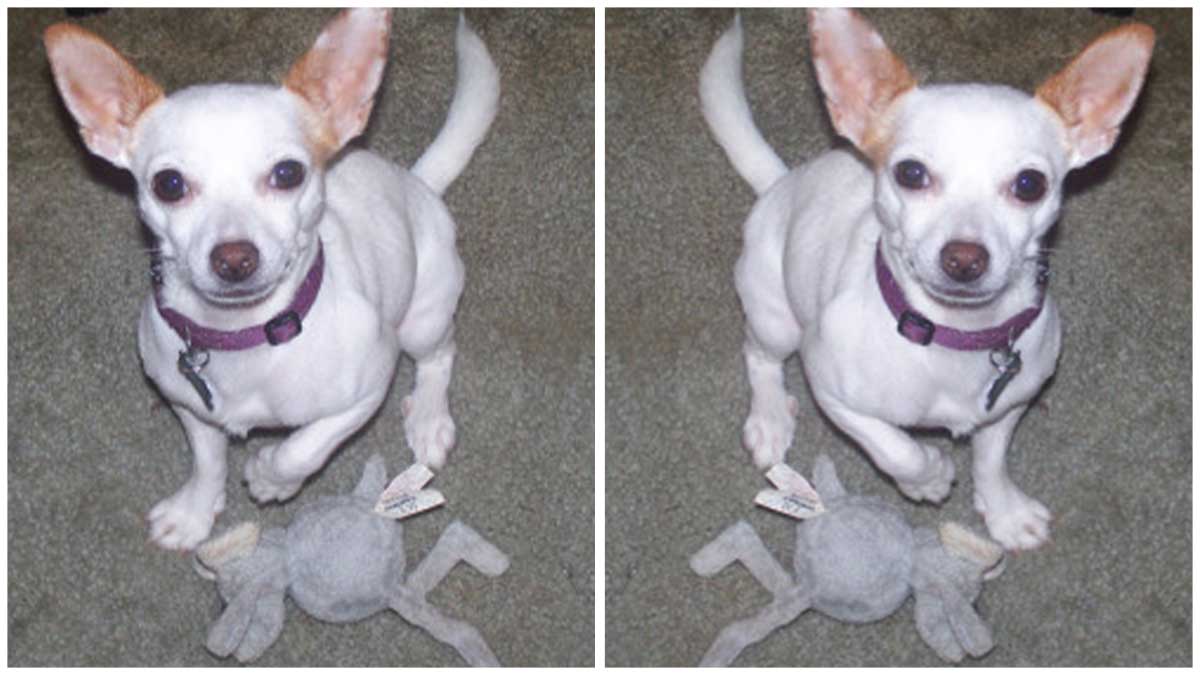 Watch What this Chihuahua Does At a Nursing Home

I don’t always visit the nursing home, but when I do, I sometimes take a chihuahua.

To be perfectly honest, the worst dog bite I’ve ever had was bestowed upon me by a chihuahua. A lot of them are nasty little fuckers.  If YOU only left the house in a purse, if YOU were cold all the damned time, if YOU lived in a land of giant feet, you’d be a nasty little fucker, too.

Because I’m often different from other people, my chihuahua is the Ellen Degeneres of chihuahuas. He’s not the prettiest but he seems like the prettiest because he’s funny and he’s so damned glad to see ya’.

What is this Chi Doing in a Nursing Home?

Not because she is in the throes of forgetting everything…the truth is she barely remembers anyone’s name because her head is so full of herself. Few toddlers are as selfish as certain old ladies, and that’s the damned truth. I know that my mother likes my chihuahua, but she likes the brief fame that a visit from my chihuahua brings her.

She throws her weight desperately against a sofa, which doesn’t budge. I finally get concerned that she is going to hurt herself and I move the damned sofa (which is on castors and slides through the lobby like a breeze over ice). That satisfies her, and she sits down on the sofa she just made me move and pets the cute little dog.

The Day to Day

I don’t know if the aroma of dog gets into the recycled air or what, but people always start to show up when I bring the chihuahua to the nursing home. The first one to hobble in this time is Woman My Mother Argues With In The Dining Room Because They Both Want To Open Little Old Willy’s Creamer For Him.

They haven’t spoken to each other outside of arguing over Willy’s creamer all week.  Today, there is peace.  My mother’s rival takes a chair and asks us repeatedly how it is that people can hurt cute little dogs like this cute little dog. We all agree that some people suck. Several times.

Next is The Preacher. I’m not sure why he lives in a nursing home.  He is one of the few residents who can walk unassisted. He’s so mentally sharp that I thought he was another visitor the first five times I saw him. Maybe his family is tired of hearing him preach and they kicked him out. I would get tired of having a fundamentalist preacher for a relative really quick. Maybe he’s actually an atheist and he just THINKS he’s a fundamentalist preacher and that’s why he’s in the nursing home.

Nobody likes The Preacher much. He is always dourly judging everybody. Apparently, he threw a big ol’ “This is SATANISM!” downer monkey-wrench into the facility’s Halloween party, an event so tame that most two-year-olds would have bitched that it was boring.

My chihuahua, recognizing that the mouthpiece of Christ has arrived, gets on his hind legs and dances around. The Preacher claps his hands and dances with my chihuahua, weirdly risking eternal damnation to dance with a little dog.

We embark on a lively group discussion where everyone wonders whether my chihuahua could cure asthma, diabetic neuropathy, and corns. Chihuahuas actually have been said to have healing powers. It has always been a chihuahua sales pitch.  It started back when all dogs had to be good for something. Chihuahuas weren’t good for herding cattle or…well they weren’t good for anything that people have historically wanted dogs to do. So they became magical.

The conversation stops when an old lady who looks like she lost a gang brawl wanders in.  Black eyes, face yellow and blue with bruises and swollen tight; a line of stitches railroad tracks across on her forehead.

“She’s mean,” my mother informs me, like nobody else in the room can hear.  Maybe they can’t. We have had to talk awfully loudly to carry on our conversation. I’m not willing to chance being overheard. I wonder to myself if Mean Beaten Up Old Lady really IS mean and if somebody waited until she was asleep and beat the shit out of her with a walker. She is STUNNINGLY beaten up.

Mean Beaten Up Old Lady sits down and says, “I have a question. Does anybody think I should see a doctor?”

“You have already seen a doctor,” yells Furniture Mover, and taps her own forehead to indicate the stitches.

Mean Beaten Up Old Lady touches a hand to the stitches and is obviously surprised to find them there.  “Oh.  I guess I did see a doctor. I fell. On my face. LOOK! It’s a little DOG!”

So my chihuahua gets in Mean Beaten Up Old Lady’s lap and licks her hurt, fallen-on face. No miraculous healing takes place, unfortunately. I don’t think the lady is mean. I don’t know what gives. My mom tells me later that her gossip source wasn’t reliable and maybe the lady isn’t so mean, after all.