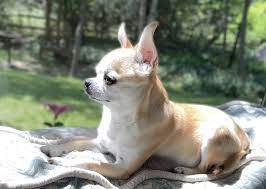 They orignally found Coco wandering the streets of Harrogate and taken into the care of Dogs Trust Leeds.

She arrived at the center on June 10, 2019, after a short but sweet stay. They adopted her just one week later.

“At the center, Coco was a lovely, friendly, sociable girl. As we found her as a stray, we did not know anything about her history. But we estimated she was around five years old at the time.

“She melted the hearts of everyone at the center, and it was wonderful to see her rehomed so quickly.”

What Happened to Coco?

This year, Coco was cast in the hit musical ‘Legally Blonde’ and played the role of Bruiser Woods. This was at the Theatre Royal in Wakefield between Wednesday, 27 and Saturday, April 30.

Dogs Trust was chosen as the charity beneficiary of the Legally Blonde production, and a fantastic £800 was raised.

“In 2019, after losing our two Labradors, my husband and I were heartbroken, so we decided to rescue a dog from Dogs Trust Leeds. We were open-minded about what we wanted to adopt but have always had big dogs historically, even separately as children,” said owner Andrew Fretwell.

“However, when we arrived, we looked around and fell in love with this tiny little Chihuahua. We don’t know what life she led before, but we have ensured she lives like a queen now.”

Coco stole the show, and all the funds raised will go to helping dogs like Coco, who are in the care of the Dogs Trust and awaiting their ‘furry tail’ endings.