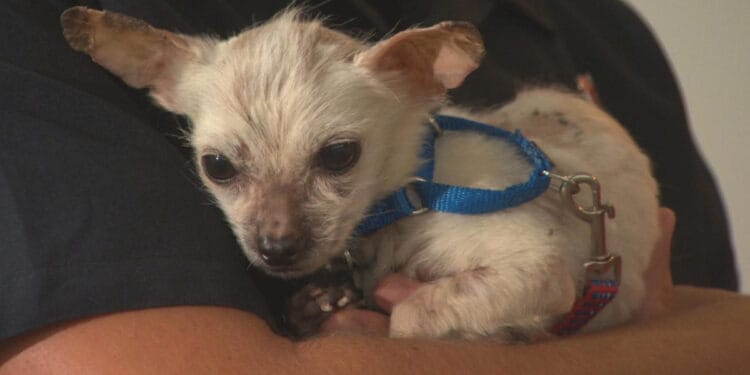 Who abandoned a chihuahua in Malden?

MALDEN – A small dog is on the road to recovery after being abandoned near a local bike trail. So the search is on for the person responsible for this animal cruelty case.

The 1-year-old chihuahua named Bailey was found on July 25, he was abandoned in some bushes by a Good Samaritan along the East Coast Greenway bike trail. A popular recreation area in Malden.

The person who found Bailey carefully wrapped him in a blanket and brought him to Malden police. He was brought to an animal hospital in Charlestown before being transferred to the Animal Rescue League’s Boston Animal Care and Adoption Center.

Bailey weighed under 3 pounds and suffered severe fur loss. Now he is on a re-eating plan to slowly gain weight safely. With baths and medicines for a skin disease.

“He’s come out of his shell a lot since we’ve had him,” ARL manager Danielle Genter said. “He’s opening up more, he’s moving around more. . . he’s an adorable dog.”

It will take some time before Bailey is ready for adoption. In the meantime, anyone with information about the case is asked to call ARL Law Enforcement at (617) 426-9170 x110 or email cruelty@arlboston.org; or the Malden Police Department.